In the Press, Reviews & Testimonials

"Rebecca Hergett, Diana Chrisman, and Angelica Thompson also deserve mention for their musical talent and versatility, each playing a variety of characters throughout the show." - Jeff Kerr, Mooney on Theatre.

“There is great joy to be had in watching Diana Chrisman switch from earth mother to sex-crazed girl in the back to even a refugee reporter from Mary Poppins next door.” – Drew Rowsome

"Diana Chrisman is deliciously sexy as the snobbish new soap starlet Sophie… each individual performance oozes with class and the vocals soar throughout.” ***** – broadwayworld.com

“Sophie arrives; a wonderfully amusing turn from Diana Chrisman, looking rather like Samantha Janus!... The chemistry between all six is fantastic and all work really hard to achieve a constant level of comedy within storytelling throughout the piece.” ****– broadway baby

“The cast are all terrific.” – The Scotsman

On set for a Wild Wings commercial

Diana was on set today filming a commercial for the sports bar, Wild Wings. Luckily it was an interior shoot, as it was pretty snowy out ...

ADR session for After The Storm

ADR session today, to record some lines for the upcoming feature film After The Storm. This movie based on a Harlequin novel will be rele...

Recording for a new musical

Diana spent the day in the recording studio, laying down vocals for a new Canadian musical. More details to follow.

Brain Power Studio will be releasing a full length feature film as part of the Ponysitter's Club series in 2019. Watch this space for mor...

Filming for Baby in a Manger

Diana was on set filming for a new Christmas movie entitled Baby in a Manger. Diana had a supporting role in this film, playing Candace, ...

Diana played the 80s mom in the flashback in this Christmas commercial, making cookies with her daughter as a family tradition.

A Christmas Village now available on Amazon US

A Christmas Village is now available on Amazon Prime in the USA. Diana played the overly friendly Bed & Breakfast owner Millie Milton in ... 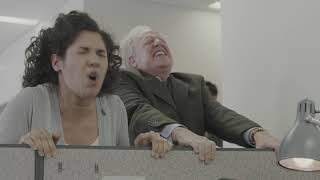 Diana played a crazed lottery winner in this comedic commercial for Interstate Batteries.

The next block of filming has resumed for Ponysitter's Club. Diana is enjoying bringing Bianca back to life again!

Diana has been busy filming 3 commercials in the last 3 weeks. Links to follow once they air.

Wrapped on After The Storm

Diana wrapped on the Harlequin film: After The Storm today. The feature film is being produced by Brain Power Studio and directed by Emma...

Ponysitter's Club will be released on Netflix Worldwide on August 10th. Diana plays the larger-than-life character of Bianca on this hear...

Shooting for a new film: After The Storm

Diana plays the best friend Paige of the lead girl in this Harlequin film entitled After The Storm. The film is a romance/drama and follow...